Strange phenomenon appears in the skies over US and New Zealand

Strange phenomenon appears in the skies over US and New Zealand 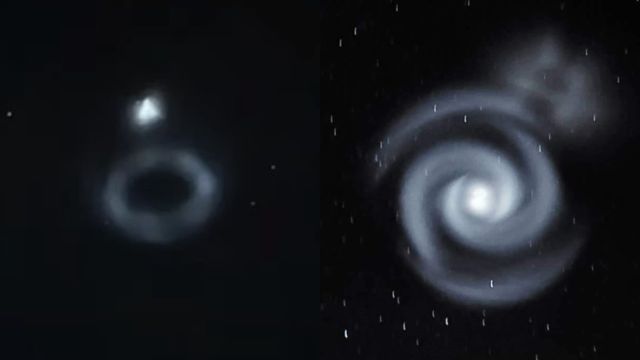 Almost two hours after launch, the upper stage of the Falcon 9 rocket deployed the Globalstar satellite; the smoke ring Wood saw was the “puff” of separation. At the time, the rocket was more than 1100 km high, so people were able to see it across much of North America. 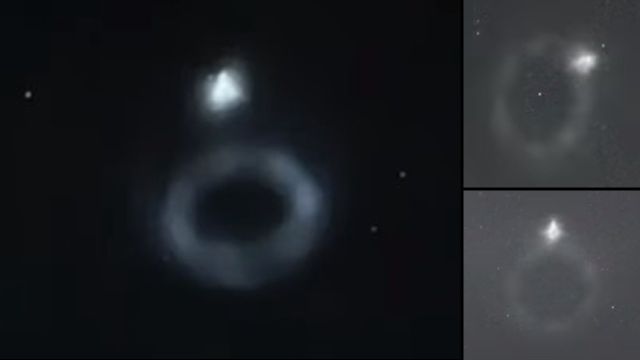 An hour after the smoke ring, things got really strange. Sky watchers in New Zealand saw this: 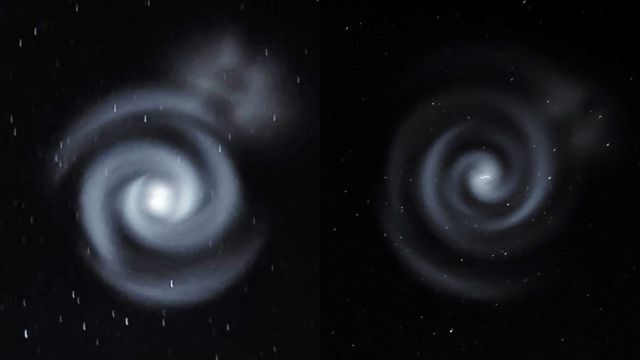 Image credit: Twinkle Dark Sky Tours.
Photographer Alasdair Burns of Twinkle Dark Sky Tours on Stewart Island said to Spaceweather, “It looked like a beautiful galaxy, it was a very slowly rotating spiral that started small and gradually expanded.”
There has been much discussion on the web about a covert payload hitchhiking on this Falcon 9 rocket. Analysts believe that a clandestine satellite may have been released about 10.5 minutes after launch.
Video: